We’re thrilled to announce that two films that were shot by our Director of Photography, Douglas Bischoff, have been accepted to the 2018 Richmond International Film Festival!

“Small Signs,” a short film written and directed by John Moon, was shot in 2016 and has appeared in several festivals. The film celebrates the power of saying “yes” when confronted by some of the wonderfully mysterious choices life throws at us.

“Utöpless” is a feature film written by A.J. Resh and Franklin Vaughan, directed by A.J. Resh. It was shot over several years beginning in 2014 and is the tale of one man and his desire to bring a rag-tag group of city homeless to a new home. A Utopia of sorts… if there is such a thing.

Congratulations to the Filmmakers for their success!! 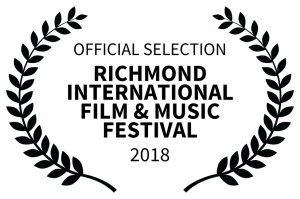